A to Z challenge 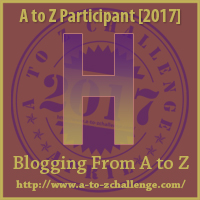 Serrated and jagged, it is the citadel at the northern frontiers of my country, India. A gigantic personality, it commands admiration and awe from its onlookers.

From time immemorial, the Himalayas have stood tall spreading across five countries, Bhutan, Nepal, India, China and Pakistan. The name Himalaya has a Sanskrit origin.” Him” meaning snow and “aalaya” meaning abode, which literally means the abode of snow.

The Himalayas comprise over a hundred mountain ranges, including the tallest peak of Mt. Everest at 8,848 m above sea level. Since ancient times it has attracted pilgrims and mountaineers in great numbers.

My ode to the mighty mountains and some pictures  taken during our trips to the Himalayas!

The cold northern winds blow, rumbling across the jagged edges,

The untamed and rugged beauty, incites the strong hearted souls,

to tread its arduous  terrain, and celebrate victory at its peak.

Clouds caress the peaks as they pass, whispering secret messages,

when the sun kisses the luminous peak, it blushes to a golden hue.

The eyes admires,  the vast expansive artistry of nature,

and the heart soaks in, the pristine spiritual energy!

This entry was posted on April 10, 2017 by radhikasreflection in A to Z Challenge 2017 and tagged #AtoZchallenge, Himalayas, letter H, Nature, Photography, Poem.

Welcome to my world